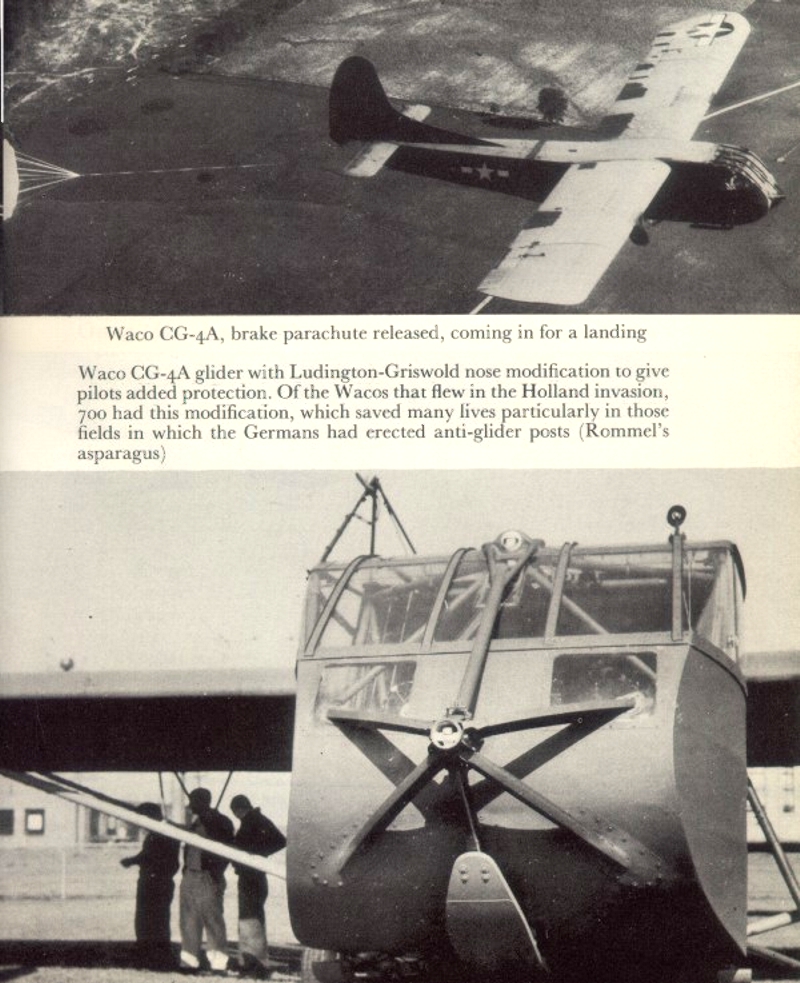 Both of the CG-4A's pictured here have the alternate tow hitch call the Ludington-Griswold nose.  The skid arrangement was different, with the center front skid called the Cory skid which prevented the smaller front skids from digging in on soft dirt.  The wheels remained on the glider which made moving them around after landing possible.  Photos from the Smithsonian collection, and the text is from Fighting Gliders of WW II, James Mrazek, Saint Martin's Press, ISBN 0 312 28927 8.  A very good overall look at all the gliders used in WW II by all combatants.  Another good book about WW II glider operations is Silent Wings at War, by John Lowden, which is about a U.S. glider pilot's experience.  ISBN 1 56098 121 0