Aeronca built this low wing design, their only pre-war low wing, in 1936. 66 were built, and at least three still exist today. This model was featured in the March 1986 Scale R/C Modeler magazine. The model does consistently well in flight scores at contests because of its smooth flying characteristics, and is the subject of an extensive article in one of Paul Matt's Historical Aviation Albums, so you can also do well in the static competition, as the prototype has. The scale airfoil is used, and the balsa, plywood, and spruce structure closely replicates the original for excellent scale fidelity. Templates for the landing gear spats are included.  The wing comes apart in three sections for easy portability. The OS 1.20 four stroke or equivalent is sufficient power for the LC. The airplane is a knockout 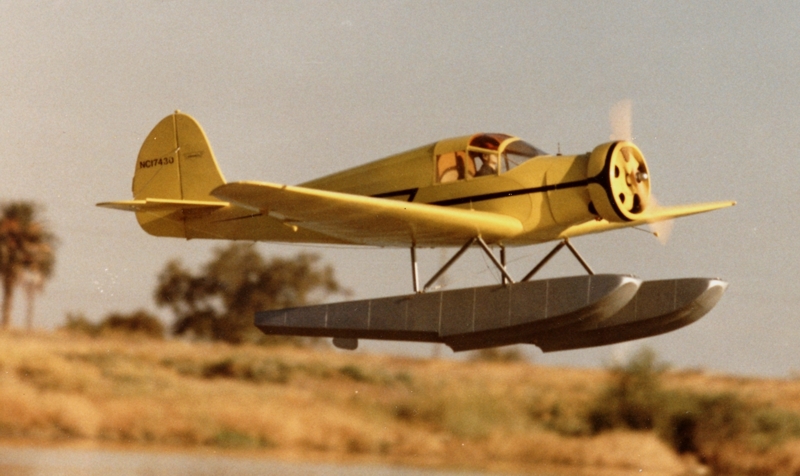 on floats, and can be documented as a floatplane. The plans
(75 sq ft) are accompanied by building notes and photos.

I redrew these plans in AutoCad in April 2015 and later this year will be introducing a laser cut set of parts for the 1/4 scale LC.  I have an extensive selection of photos of an LC under restoration which I will be adding to this website soon.

For shipping information please go to Shipping  Costs and Information

The lines on the actual plans are much finer, they are modified by the conversion to the format necessary for web viewing.